Up to 130 EUR
Bonus code: BGPROGNOZI 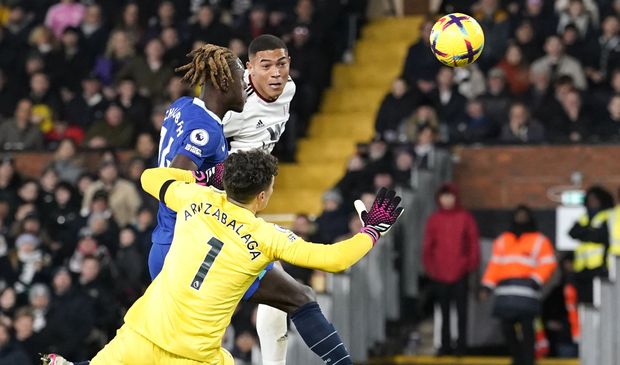 The English Premier League winter transfer window is history and Chelsea are the biggest spenders in a desperate bid to play in Europe again, with the Top 4 currently a full 10 points adrift. Graham Potter also parted with some players, the most surprising name of which is captain Jorginho, who will play in London again, but for Arsenal. On Friday, Chelsea welcome Fulham, who they lost to in the middle of last month. Now the two teams met in a postponed match from the seventh round of the championship. The Brazilian Willian scored in the goal of his former club, and two minutes after the start of the second half Koulibaly equalized. The final score of 2:1 in favor of Fulham was formed in the 73rd minute with a goal by Carlos Vinicius. The match will also be remembered for the debut of Joao Felix, who received a red card and will serve his last match suspension today. The match describe 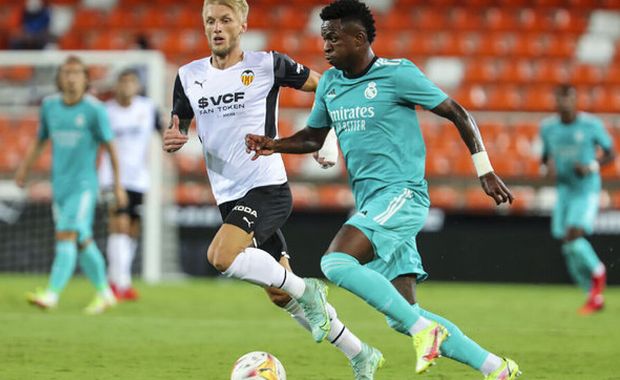 On 02.02.2023 we bring you an interesting clash in La Liga between the teams of Real Madrid and Valencia. The month of January definitely did not develop in the way Carlo Ancelotti and his Real Madrid had planned it. The "Whites" lost the final of the Spanish Super Cup, are struggling to get through the Cup rounds, and the big problem is the already accumulated liability from the almost infallible leader Barcelona. It is equal to already 5 points that were formed recently. On Sunday, Real Madrid failed to qualify for La Liga for the first time this season. Real Sociedad arrived at the Bernabeu, impressing with their performances and taking a point after a goalless draw. At the beginning of the year, the "Whites" lost as a guest of Villarreal, and the only success in the last three championship matches came with 2:0 on the field of Athletic Bilbao. Valencia are once again on course to b

In a postponed match of the 17th round of La Liga, Betis welcomes Barcelona. The reason this meeting was scheduled for a new date was the participation of both teams in the Spanish Super Cup tournament. Then they met in the semi-final in Saudi Arabia. The "Catalans" took the lead in the result, but the "Green and Whites" played a strong second half in attack and deservedly equalized. It went to overtime, with the opponents once again exchanging one goal each. The Barcelona players did not miss a single penalty shootout and qualified for the final with Real Madrid, which they decisively won with 3:1. Today's match in La Liga finds both teams in good positions. Betis certainly have the desire to make a breakthrough in the Champions League, which is not out of the question with a temporary sixth position. Barcelona is the leader in the standings and everything on the way to the championshi 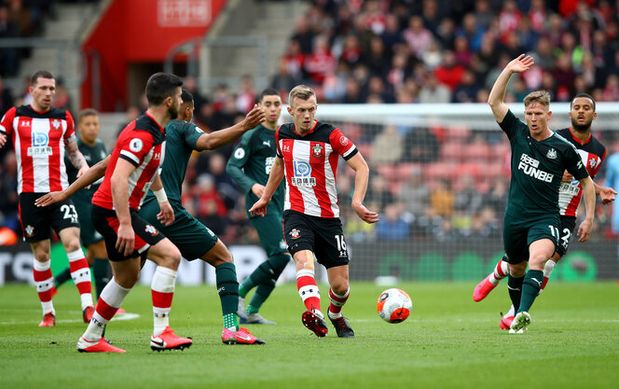 On Tuesday 31.01.2023 it will become clear the first finalist for the League Cup between Newcastle and Southampton. At St James's Park, hosts Newcastle welcome Southampton, with the home team drawing due to the fact that they won the first leg 1-0. The other finalist in the tournament is virtually clear after Manchester United won 3-0 in their visit to Nottingham Forest. A week ago, Newcastle won the first leg 1-0 at St. Mary's in a relatively even encounter. Joelinton became a hero with a goal in the 73rd minute. Just two minutes later, Armstrong's goal was disallowed for handball, and Southampton defender Chaletta-Tsar was sent off with a second yellow card at the end of the game. Earlier in the season, the "Magpies" also dealt with their opponent, and with a decisive 4:1 on their ground in a match of the 15th round of the English Premier League. Newcastle remain without a goal in th 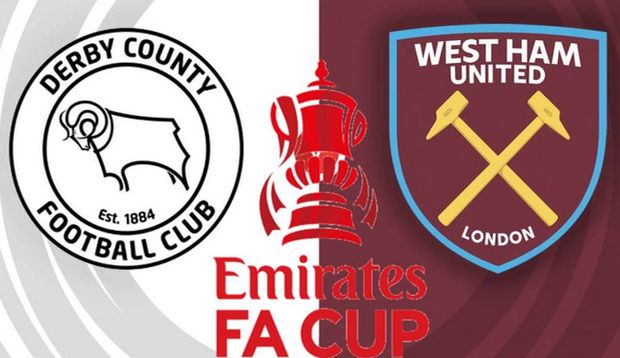 On 30.01.2023 in the last match of the fourth round of the FA Cup in England, an interesting clash awaits us between the teams of Derby County - West Ham. The elite West Ham arrive at Pride Park, entering as favourites, but not so clearly, for the match with the host Darby County. After the financial difficulties, the "Rams" collapsed to participation in League 1, but with the main goal to return to the Championship very soon. The meeting will be the first between the two teams since the 2010/11 season, when they were together in the second tier of English football. The opponents then traded one home success each, but overall the Hammers are the team with the upper hand in the rivalry, both in the Championship and the English Premier League. In the previous round, Darby County played at home again, beating Barnsley 3-0. This success is part of the series of six consecutive victori 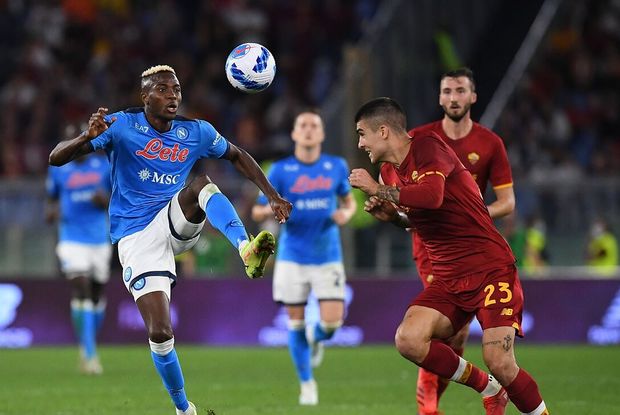 Napoli welcomes Roma in the most interesting match of the 20th round of the Italian championship Serie A. The match is on Sunday, January 29, at 21:45 at the "Estadio Diego Armando Maradona". Napoli are firmly at the top of Serie A with an asset of 50 points after 19 games played. The Neapolitans have a 12-point lead over second-placed Milan and are 13 points ahead of Lazio, Inter and Roma. Luciano Spalletti's side beat Salernitana 2-0 in their last game, returning to winning ways after being knocked out of the Coppa Italia by Cremonese on penalties. Napoli have won three of their last four matches and are favorites to beat Roma on Sunday. The visitors have recorded three consecutive victories, two of them in Serie A, and are thus in the battle for Champions League qualification. Roma beat La Spezia and Fiorentina 2-0 in their last league matches. Jose Mourinho's side have not conceded 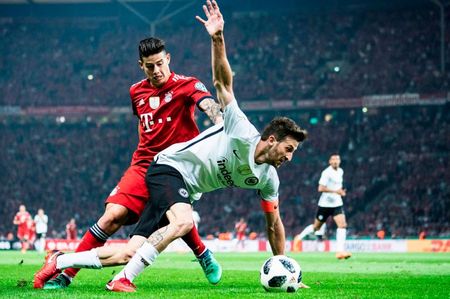 Bayern Munich will make a third attempt at a first win in 2023. The champions welcome home a well-known rival in the form of Eintracht Frankfurt, who have more than once sprung a surprise in the matches of this rivalry. In the first such game of the season, we saw as many as seven goals, with the final score being 6:1 in favor of the giants from Munich, and the lead was five unanswered goals until the break. Half a season later, however, Eintracht are not far from the leader in the standings. The Eagles are fourth and at least a point today would further tie up the title race, which has five teams within five points. Expectations are very soon that the Bavarian colossus will rev up and gain a lead over the pursuers, but the missteps so far have not been one or two. In the first two meetings of the new year, Bayern Munich ended in a 1:1 draw. The champions took the lead away to RB Leipz 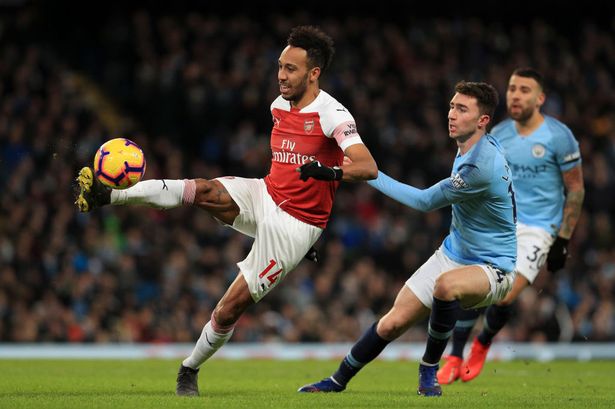 Manchester City host Arsenal in an FA Cup 4th round match. The match is on Friday, January 27, at 22:00 at the Etihad Stadium. Currently five points behind Arsenal in the Premier League title race, Manchester City go into this clash looking to send a message of their intent to defend the crown in England. The Citizens have won each of their last nine FA Cup games, scoring at least three goals in each win. City manager Pep Guardiola won't have much to fear from his former assistant Mikel Arteta either, having won 13 of his 16 meetings with the Gunners over the years (13 wins, 1 draw and 2 losses). Currently unbeaten in seven games in a row before this clash at the Etihad, Arsenal head to Manchester in high spirits. It is a tough test for the record 14-time FA Cup winners, although victory would provide cause for excitement given that they have won the competition in the last three editi 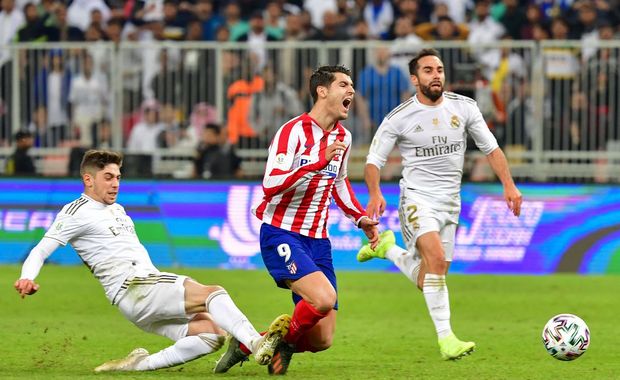 Real Madrid host Atletico Madrid in a Copa del Rey quarter-final match. The match will take place on Thursday, January 26, at 22:00 at the Santiago Bernabeu. Real Madrid enter as favorites to win this match. Carlo Ancelotti's side are on a two-match winning streak, which they lifted after defeats to Villarreal in La Liga and Barcelona in the Spanish Super Cup final. Real dealt with Villarreal in the 1/8 finals of the Copa del Rey, making a comeback from 0-2 to 3-2 at the Estadio de la Ceramica. In their last match, the white ballet beat Athletic Bilbao 2-0 away and now return home, where they last beat Cádiz 2-1 on November 10, 2022. Atlético Madrid have also won their last two matches. At the weekend, Diego Simeone's men beat Valladolid 3-0 after a very strong first half and excellent performances from Griezmann and Morata. The Dušekchii dealt with Levante in the 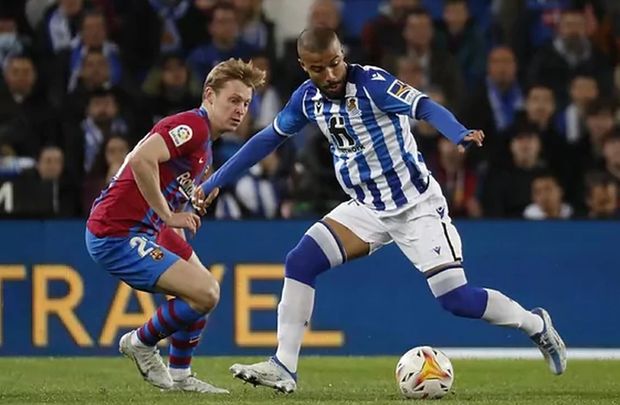 It's time for the quarterfinals in the Spanish "King's Cup" tournament!In one of them we will watch Barcelona and Real Sociedad who are performing in a great way during the season. We will find out who will advance at 20:00. The hosts are from Barcelona, and the visitors are from San Sebastian. The distance between the two cities is 402.6 km, and you yourself guessed that the meeting will be at the mythical Camp Nou. The year started in a good way for Catalans. Xavi's side beat Betis and Real Madrid to win the Spanish Super Cup. Success against Ceuta in the Copa del Rey followed, as did a narrow 1-0 win against Getafe in the league. Barca are currently in first place in La Liga, but the cup is unlikely to be left behind. Real Sociedad is coming up against a difficult home team, which records strong games and impresses with its results. The team from San Sebastian occupies the 3rd posit